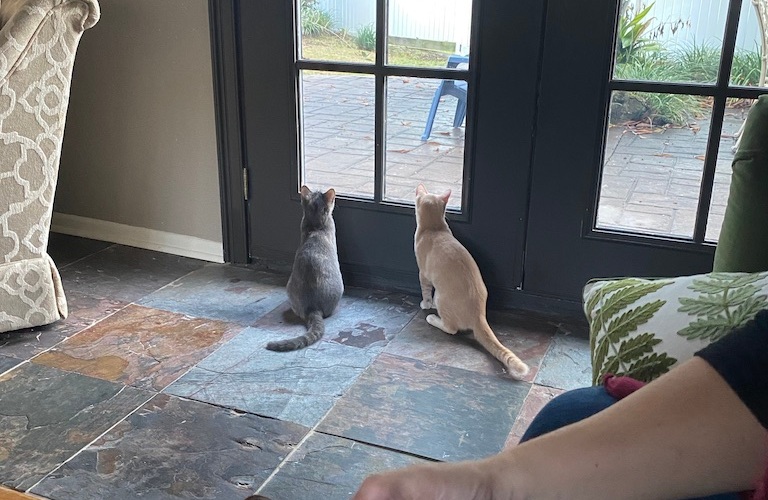 I’m starting the New Year off right. I’m on my way to being back where I belong and back in action.

I’ve been thinking about what I’ve wanted to do when I get back to New York, once I’ve gotten the vaccine and the whole world has reopened up. But first, I think I need to make mention of where I spent a majority of the year 2020. I spent two months shy of a year in Valdosta and while I love my family, I understand why living with your parents is so made fun of. It’s pretty unsexy to live with your parents but my bedroom managed to stay cool, when it wasn’t cluttered with junk. I’m going to miss my tranquil, matcha-green walls, which are covered in postcards of icons and museums from around the world, an orgy of evidence that I love all things cosmopolitan. Then there’s the rococo mirror that I got, courtesy of the Turner Center’s Gogh-Green initiative, where they auctioned off previously-owned paintings and other artistic bits. I’m pretty sure that the word “eclectic” is used to refer to mix-matched home decor, so that’s how I’ll justify the fact that I matched a golden mirror with a silver bed and portrait frame, a far-throw from the symphony in coordination.

Speaking of my silver portrait frame, Marilyn Monroe now hangs in my room again, just like she did at my old house, and Raquel Welch stands guard on the adjacent wall in her subtle furry underwear. My painting of an exotic femme-fatale, who I have since named Scarlet, hides behind my door, right beside my aforementioned mirror. This and more is how I made the space my own.

Now, I’m on my way to a charmingly cramped dorm room at the notorious Hill House. I’m going to have to get used to shared toilets, a possible roommate, and little to no room for style. Yet, there are some things that I am going to miss in particular, such as:

There’s a reason why she’s named after a goddess… and no it’s not because I’m pretentious.

She is a regal-looking cat, with amber eyes and slits for pupils like a snake’s eye. They say that a person’s cat is exactly like them, which is really fitting since we have the exact same personality. She’s antisocial, aloof, doesn’t like to be touched, has huge eyes, and wants the finer things in life. She’s always either lounging around in her hammock all day or she’s trying to steal every bit of human food she can find. I love her. She loves food.

Apollo is more my mother’s cat than mine and my mom’s cat is a himbo (a male bimbo for those who don’t know). He claws holes into my clothes and likes to scratch a bit more, but that’s just because he’s snuggly and affectionate and purrs like a motor when he’s lying in your lap. He is sort of like a happy idiot–I say this in the nicest way possible–who always foils Calypso’s plans because of how loudly he clobbers around, while she slinks around the house undetected, up to no good. Apollo is our little lion cub: a mini king of the manor.

Tea from a local tea shop:

“Just Love Coffee” is an aptly named and savory alternative to Starbucks. My brother and I love it there so we took our 91 year old Great Aunt Mac there for a trip, since she loves getting coffee with us. It’s calm and uncrowded, exactly what a local coffee shop should be.

Throughout my year-long quarantine, my mother and I made tea almost every single day. By the end of it, I got to return the favor and make her some tea when she was in bed with COVID. I make my Earl Grey with cloves, half-and-half, and some valhalla spices. Usually, I had a cat in my lap while sipping tea.

It’s a pool house that I use, as did the previous owner, as an art studio, but she probably didn’t use it as a place to store all of our potted plants when the weather got cold. The plants being inside the pool house made it balmy and humid, so when I went to paint in the winter time, it wasn’t chilly inside. I regret not painting more, but I’ll be able to return and hopefully then I’ll know exactly what to paint.

My job at the Turner Center

Since working there many of the people in my life have received some lovely artistic gifts from the Turner Center Gift Shop, whether it’s a hand carved pot or a locally-manufactured necklace. I’ve also sold a few pieces of art, manned the desk, answered the phone, and sold some of the gift shop merch to people who aren’t me. It was a great start to entering the workforce, because it offered me a great foundation that I can apply to so many other jobs.

The house we just moved into

You’ve probably got to be surprised that this wasn’t higher up on the list. The shut down, having started when we were still stuck in our prior small house, was the impetus for our move. Over the summer we swiftly moved into our new house after eyeing it once. I unpacked, swam in the pool, painted in the pool house, played with my cats, and slept for copious hours upstairs in my bed, all while in that house. I also zoomed in for the first semester of my sophomore year and did all of my schoolwork, which included presentations, essays, and learning a second language, in that house, usually seated comfortably at the kitchen table.

Now that I’ll be up at college, I’ll get to witness the first one hundred days of the Biden administration and experience some college normalcy. Obviously, I’ll miss my parents and the few friends that I managed to see during this pandemic, but I am excited to be going back up to the place that I love.